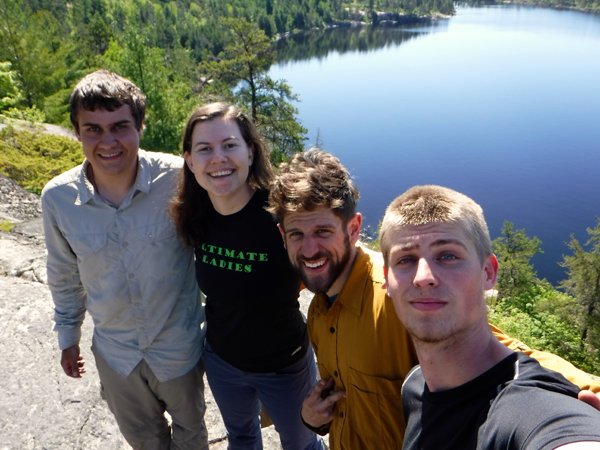 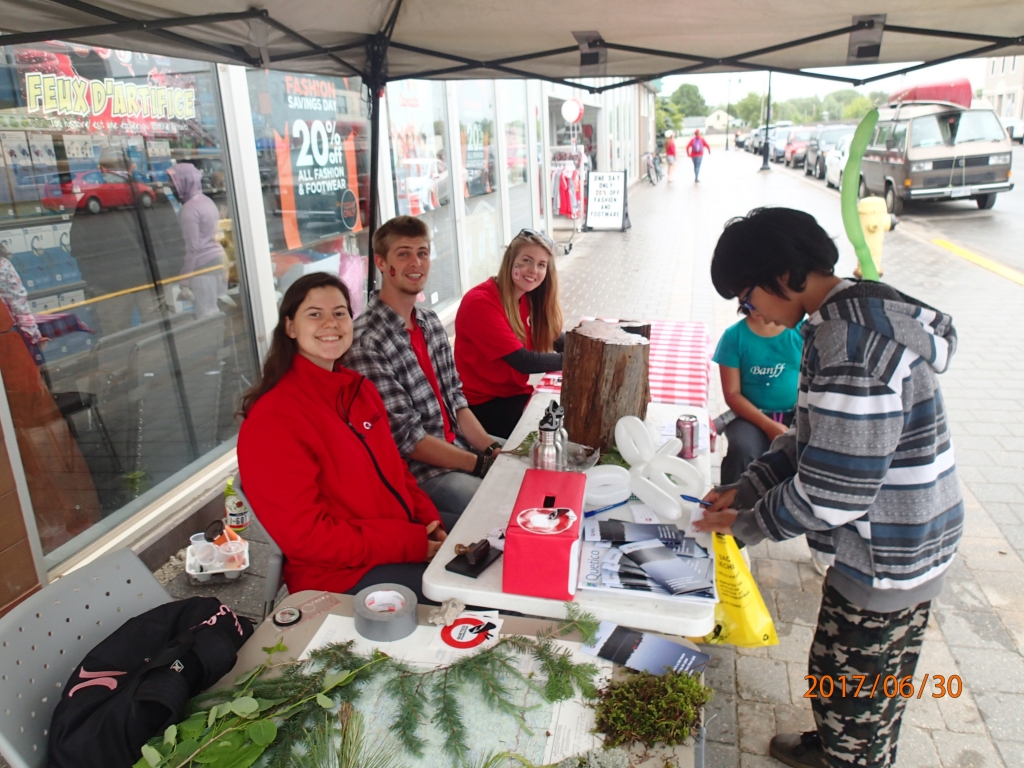 The Quetico Foundation, in partnership with the Atikokan Employment Office, participated in the community events that were focussed on Canada day celebration. On June 30 the Student research team volunteered at the Atikokan street fair providing an exhibit of tree species and a carnival game for the public. “Age that tree” was the game created for the carnival, which participants would guess the age and amount of fire scars that were on one of the fire scar field samples. Daria Fiore, a youth from Atikokan, was the winner of this contest and she won a water bottle and sticker package from the Foundation. On July first we volunteered again for the canoe parade + BBQ where we were able to help vendors set up / clean up their operations. 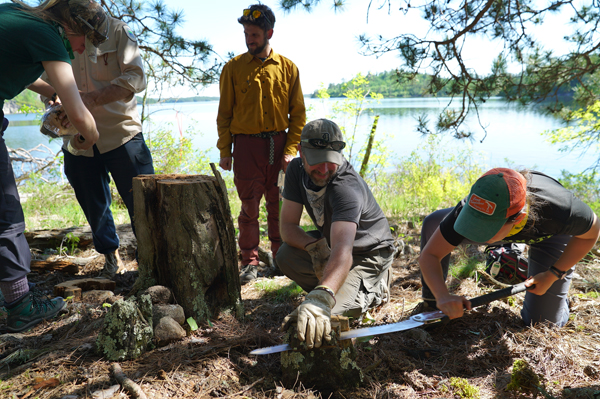 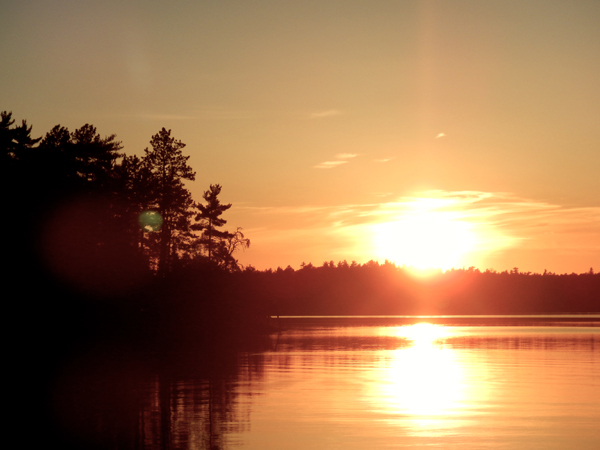 The boreal forest is a fire regenerated ecosystem, which requires the application of fire to replenish nutrients and create suitable tree habitat. The Quetico Foundation, in partnership with Brian Jackson, coordinated the introduction of an American research team with the community of Lac Le Croix. On this five day excursion, Evan Larson, from the University of Wisconsin, Platteville, led seminars for the Foundation and the community of Lac Le Croix with regards to fire scarring and culturally modified trees. Fire scars or “Cat faces”, are the trees’ natural response to fire exposure and come by as a result of the intense heat killing the growing layer, or cambium, of a tree. The scarring on trees left behind by fires can be cross referenced against weather data to accurately date and measure fire events. Mr. Larson also presented an anthropologically altered tree, known as a “tree peel”, which he suggests has an effect on fire frequency, severity, and intensity. It is unknown as to the exact reasons why these trees have been modified, but some theorist propose that it may have been to extract resin from trees to make glues or paints. The waste resin left behind from the resin extraction process increases the fire frequency, intensity and severity, thus clearing more suitable habitat for humans and pine trees. Cultural modification of trees, fire, and habitat creation are connections that did not exist prior to research done by Mr. Larson. 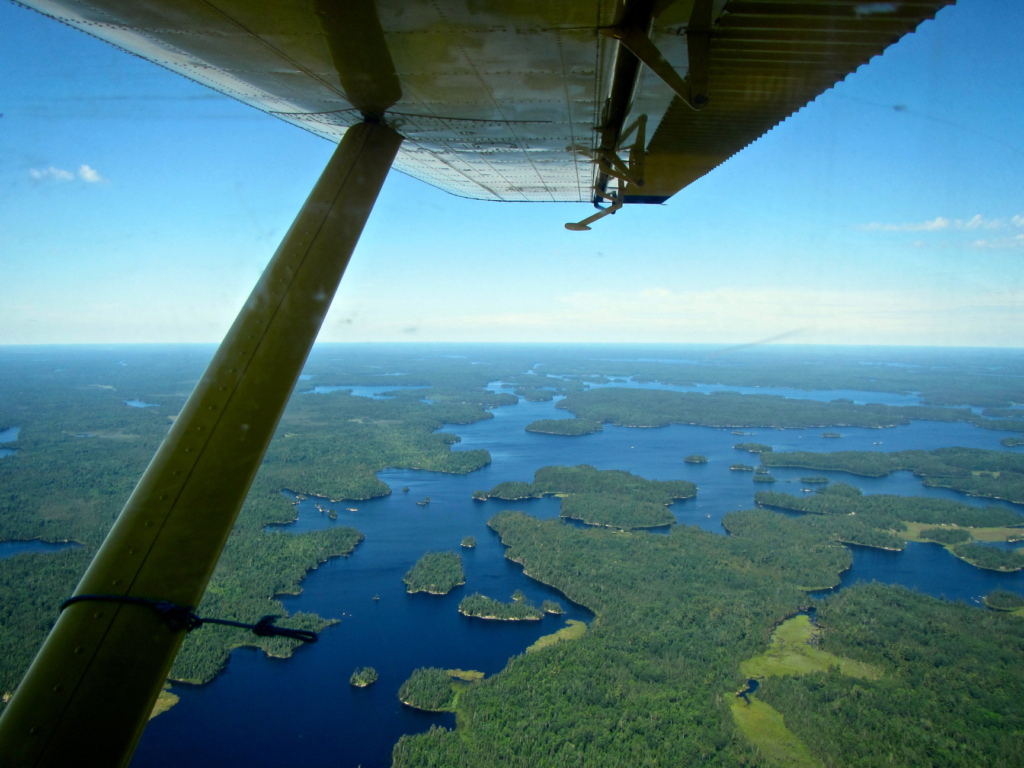 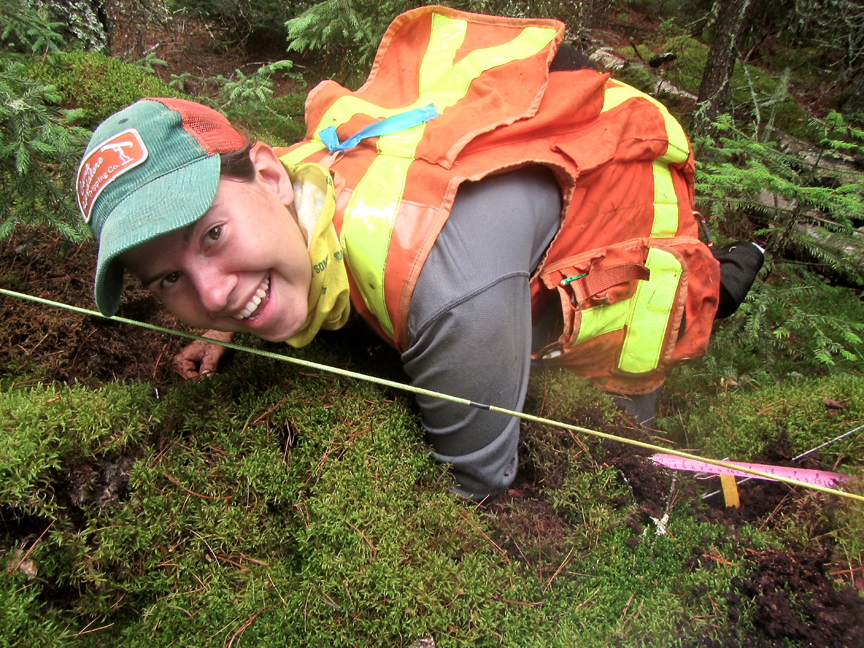 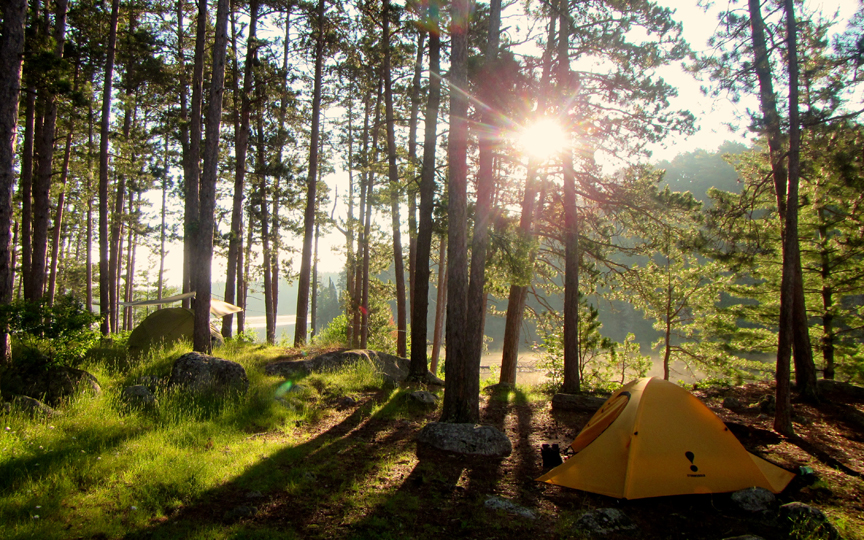 The intentional application of fire at the appropriate times, known as a prescribed burn, can be used as a means to manage forest ecosystems for specific species. Fire has the ability to clear the undesirable tree and shrub species in Quetico Provincial Park allowing Pinus strobus (White Pine) and Pinus resinosa (Red Pine) to thrive. The park is in the process of securing permission to run three prescribed burns in October 2017 on islands of the Quetico interior in order to restore forest ecosystems to provide a strong habitat for red and white pines. Little is understood with regards to the full effect of fire inside the park landscape specifically and research is done in a multistep process. This process is divided into two segments which are called a preburn and post-burn vegetation analysis. A vegetation plot is a spatial analysis of each canopy layer, of which there are seven total, inside a ten by ten metre square that is a marked by a GPS coordinate. On this eight day trip, The Quetico Foundation, in partnership with the park biologist, conducted a pre-burn vegetation analysis of the locations at which fire is going to be applied to create an inventory of the flora that exists in those areas. This inventory of plants will be compared to the post-burn analysis after the park conducts its burns in October to accurately measure fire’s effect on Quetico forest ecosystems. 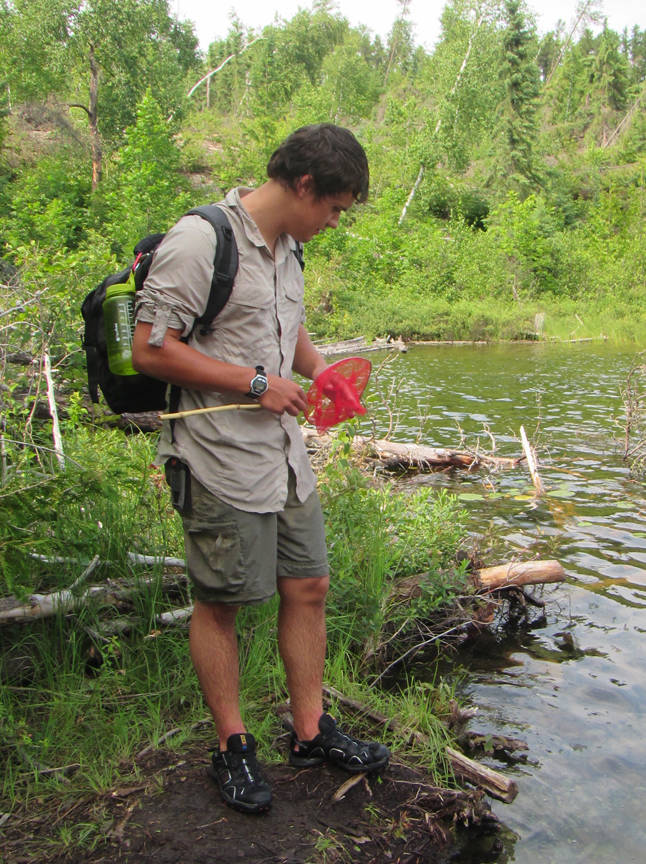 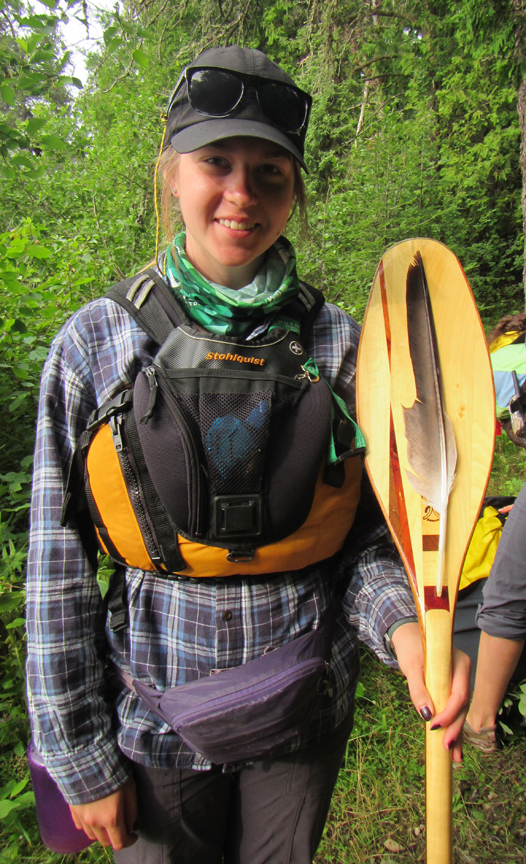 At the end of July, the Summer Student Research Team switched their focus from researching Quetico’s forest ecosystems to instead taking to the lakes and studying what was happening below the water’s surface for six days. The key organism of interest was the crayfish. Playing an integral role as both an important predator and source of prey, researching crayfish populations has helped piece together the characteristics of Quetico’s aquatic ecosystems. Lake surveys in recent years has also uncovered the encroachment of a pair of invasive crayfish species, Rusty Crayfish (O. Rusticus) and Northern Clearwater Crayfish (O. Propinquus). These species were found to be moving upstream into the southern boundaries of the park and outcompeting the native crayfish populations as they went. Armed with 300 cans of the most unlikely of crayfish bait, Fancy Feast cat food, the team took to the waters in and around Sheridan and Crawford Lake to further monitor the extent of their movement. By setting up modified minnow traps as well as simply wading the cobbled shores, one of the invasive species, O. Propinquus, was seen to clearly dominate the area. Although this may not be good news for our native species, it nonetheless gets biologists one step closer to understanding the progress and subsequent impact of this invasive crayfish in Quetico Provincial Park’s beautiful waters

The Lieutenant Governor, the honourable Elizabeth Dowdeswell, was on an outreach trip to northwestern Ontario and chose to visit the Quetico Foundation research team at Dawson trail Pavilion. The community of Lac Le Croix and Trevor Gibb introduced the Honorable Mrs. Dowdeswell with a drum circle, luncheon, and tour of the pavilion. The Summer research team had a chance to exhibit some of the 2017 research projects such as, invasive species research, vegetation analysis, and dendrochronology. 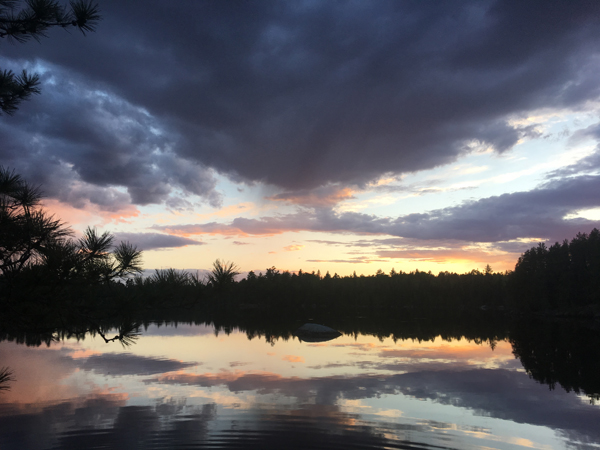 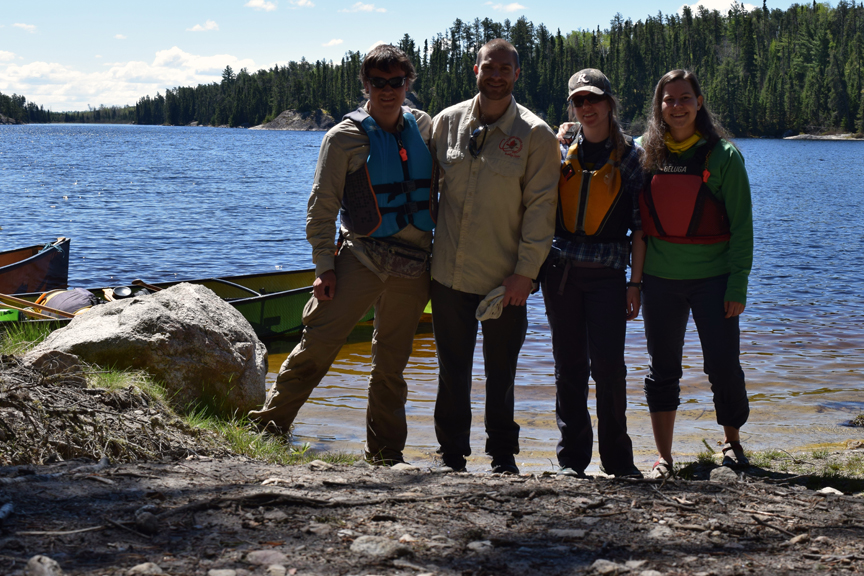 In 1990, trees were found in the Basswood lake area of the BWCA which presented a resistance to white pine blister rust. This fungal infection, which targets Pinus strobus (White Pine), will infect healthy trees to the point  where they cannot sustain life and is a disturbance to forest ecosystems. In the mid-nineties, seeds were gathered from resistant trees and planted on Quetico, Beaverhouse and Cirrus lakes inside the park interior. On this five day trip, the summer research team conducted “free to grow” surveys upon plantations of white pines in Quetico Provincial Park. This specific survey monitors the health, vigor and density of white pine plantations and determines if a tree has chance to grow to maturity.

Prepared for the Quetico Foundation 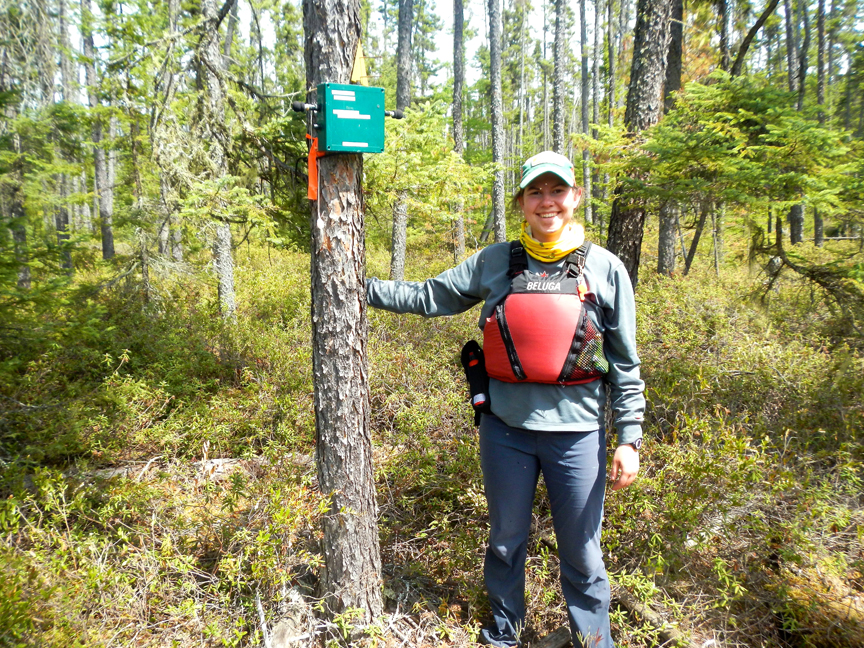