In addition to the Ridley Wilderness Youth Program, the Quetico Foundation sponsored a biology intern this summer to work with Park biologist Brian Jackson (he moved over from his position as area biologist earlier this year).

Kiara Gannon, who will enter her second year of biology studies at the University of Victoria shortly, worked 16 weeks this summer, mostly in the Park.

While Gannon was based at the area office in town, most of her summer was spent doing field work in the Park – hands-on, front-line biology – usually gathering data for several long-term monitoring projects. The involved several different extended trips into the Park.

To monitor songbirds, the biologists would set up recording devicesl the tapes go to bird song experts, who can identify species based on the call. The listened for ruffed grouse drumming. They searched for snowshoe hare scat (not too successfully); the animals are quite common at French Lake, however).

In all three cases, the biologists checked at designated plots (ie. very specific locations) within the Park, in a bid to build a data base as consistent as possible, year to year.

They checked on temperature loggers that have been set up as part of a moose habitat study. They monitored for invasiv species at a number of locations, based on past reports (for instance Rusty Crayfish have been observed on Basswood Lake for several years).

Gannon also helped out with the broadscale fisheries monitoring program, which this year had Pickerel Lake on its list of lakes to be assessed, did data entry and data analysis work at the area office (including some GIS work), and volunteered to collect data on the fish caught in the Atikokan Bass Classic. MNR biologists have been working with the Bass Classic for decades now, and that has produced “a great resource, all that fisheries information year after year,” she said.

“It’s great to have the summer experience in a field I’d like to work in,” she said last week. Right now, her primary interest is in ecological studies, so the Foundation’s mandate to protect wilderness is an excellent fit. 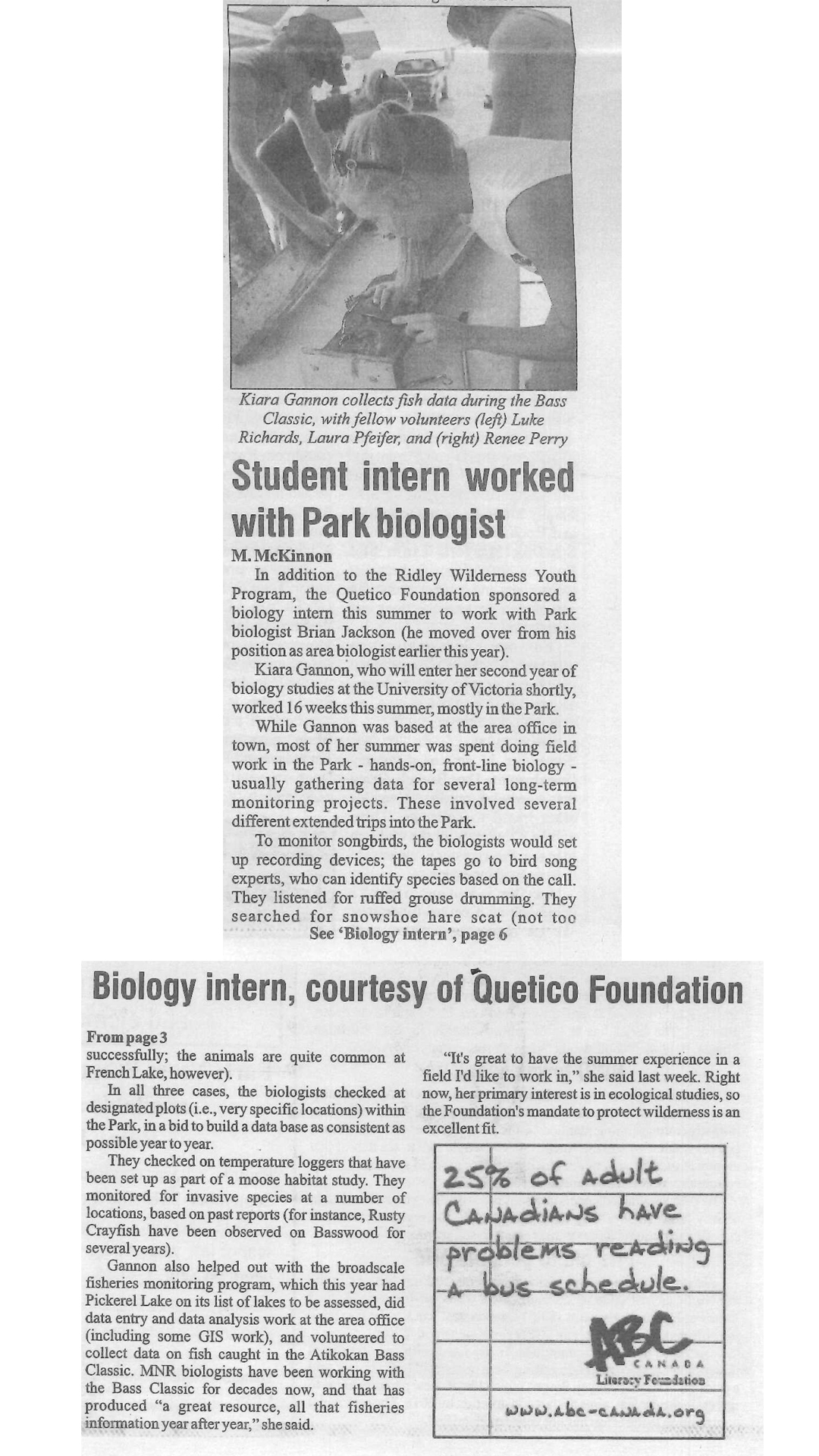