This year was a memorable one for Quetico Park. We entered the season with Province-wide Covid restrictions in place. Day use was allowed, while the opening of the Dawson Trial campground was delayed by several weeks. Many of our guests are American, and the USA border did not open until well into August. This was too late and too restrictive to open our remote entry stations this season. From June onward, forest fires caused the closure of the southern part of the backcountry, and by late August, the entire backcountry. The Ridley Library opened again to park visitors, many of whom were in awe of our collection of local and indigenous archives.

Jill, our Librarian was on maternity leave. I was asked to fill in for the season in a role that required a rare set of skills and duties, from Library Science, to archiving, electronic media, communications and natural sciences.

The first big challenge this year was a computer refresh. Upon arrival I found that the existing library computer, long overdue for an update, was on life support. After some inquiries we found that the aging Windows 7 model had fallen off the radar. No-one in IT realized it existed, explaining why no refresh had come or was planned. We were able to obtain a desktop that had been previously used in a different office. To this we then proceeded to add RAM and physical memory, then went through a lengthy task of installing proprietary software and bringing data forward. Most of our work is done directly on the computer rather than from a network. Being in a remote location, we lack ready access to components or support workers. With effort we got the system up and running with all our database transferred forward, which should keep us going well into the future.

August’s forest fires left a heavy cloud of smoke over much of the Dawson Trail area. The fires were timely. Much of the park was long overdue for a burn. The last fire season of a similar magnitude was ninety years ago. This fire season has allowed the renewal of the red and white pine ecosystems during a period of low visitation to the park. I was kept busy keeping the fire maps updated for arriving visitors.

2021 marked the 20th Anniversary of Side Lake Fen Conservation Reserve, a rare string fen wetland found near Turtle River – White Otter Provincial Park. Side Lake is within Quetico’s umbrella. The Reserve was due for its ten-year status review. I visited the fen on four occasions this summer documenting some of its rare and unusual plants, as well as making expeditions into some adjacent wetlands. I encountered and documented seven species of orchids at Side Lake and three more orchid species in adjacent areas.

Two of the normally pink orchids had also came in rare white flowered phases. Five species of carnivorous plants were also documented. The fen yielded one remarkable discovery after another. The summary report on the area will ensure that Side Lake’s conservation status is justified for another decade. Quetico Park is home to orchids too, and I documented five species found on Dawson Trail hiking trails for Quetico’s inaturalist project, while adding over 400 general flora and fauna sightings encompassing over 250 species.

In August, with all or part of the backcountry closed, we started directing canoeists to nearby Turtle River – White Otter Lake Provincial Park (TRWO), a nearby backcountry park within Quetico’s umbrella. White Otter Castle, the showpiece of the Park is under renovations, as is the interpretive display. I researched the portages, access and amenities of TRWO to create a current map for the area. The initial intent of the map was for the new interpretive display kiosk at White Otter Castle, the park’s iconic cultural attraction. Copies of the maps were soon in-demand for canoeists looking for an alternative travel to Quetico’s backcountry closures. In addition, for the display I created a winter use map for snowmobile access. Added to this were updates Quetico’s trail maps to represent current status.

In 2020 Quetico was designated an International Dark Sky Park. It is not enough to achieve the status. We needed to include this in the park programming. This included new brochures and social media engagement. We obtained a telescope which was used to launch a dark-sky Discovery interpretive program. The program was unique to Quetico in the Ontario Parks system and was popular with park guests of all ages. We are looking forward to building on this program in coming years.

The Library was contacted this spring by a park old timer, Bob Sullivan. Over the summer I compiled a collection of sixty short stories. These covered his recollections of working on Portage Crew from 1964 to 1969 and forestry Camp 111 from 1969-1973. Bob was hired again in 1975 to scout out protected areas, leading to the creation of Turtle River – White Otter Lake Provincial Park.

In the library we often get visitors who have a history with the Park and have fond memories of living near, working at or exploring Quetico. It has been a pleasure to add my name to the lives who have been touched by this amazing wilderness Park. 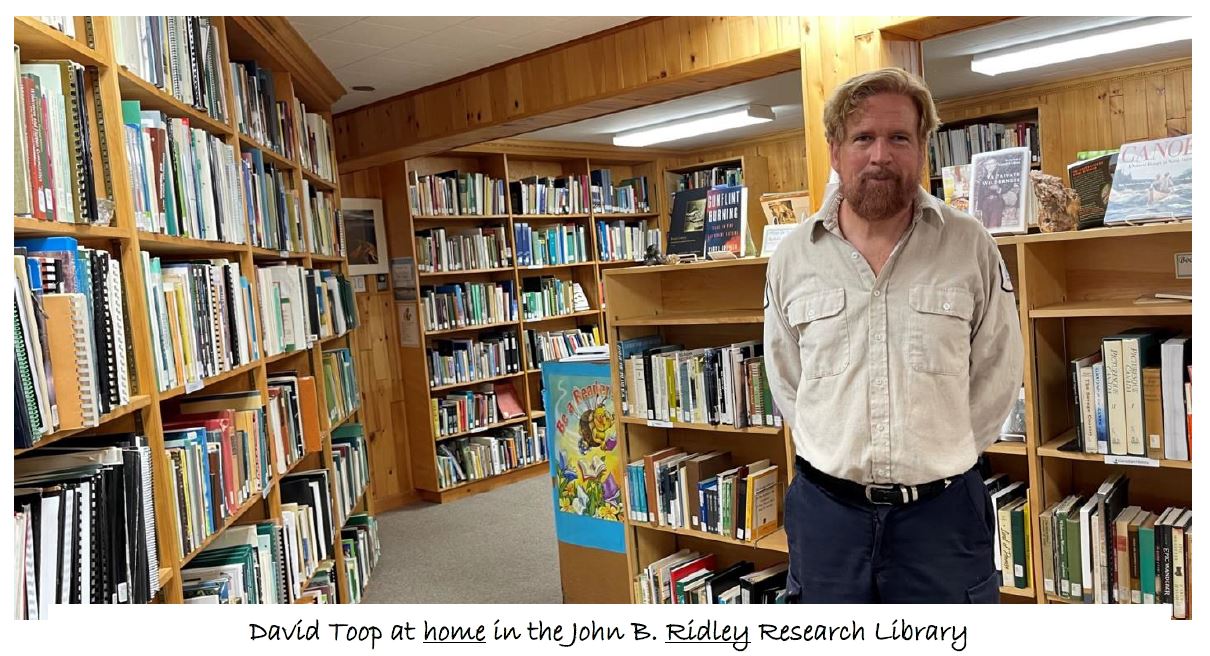 About the Author: Luiza Moczarski