Dendrochronology is a beautiful science 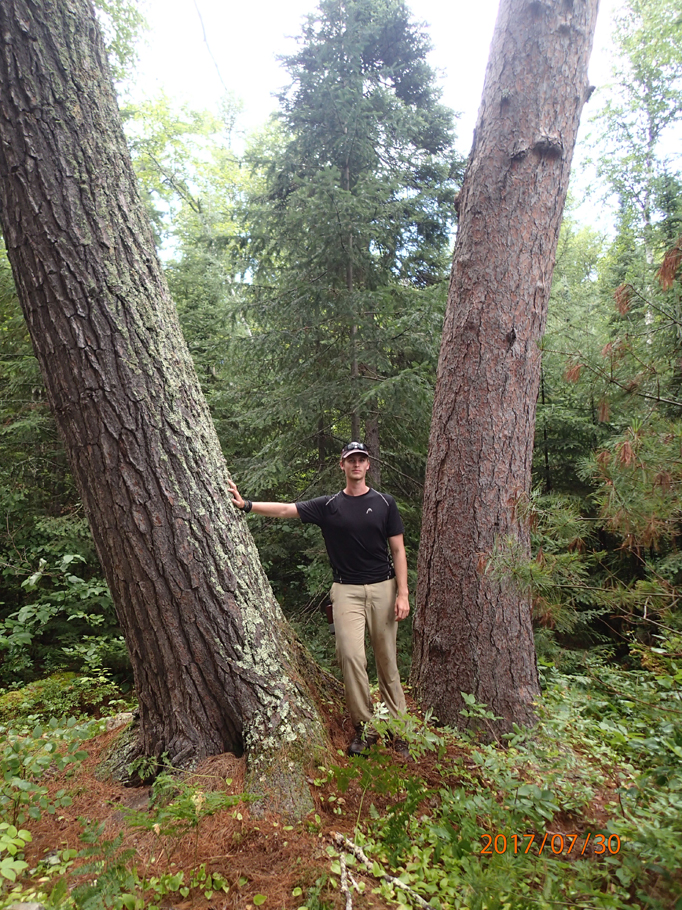 Dendrochronology is a beautiful science – it allows us to date events that occurred in a tree’s life using patterns of annual growth rings, thus providing a glimpse of past forest conditions and influences.

From July 29th to August 4th an initial investigation of trees for evidence of historical use was conducted within Quetico Provincial Park. Present on this trip was the Quetico Park Biologist, Brian Jackson, two dendrochronology researchers from the United States, Dr. Evan Larson and Lane Johnson, and the Quetico Foundation’s Biology Intern, Jared Stachiw. 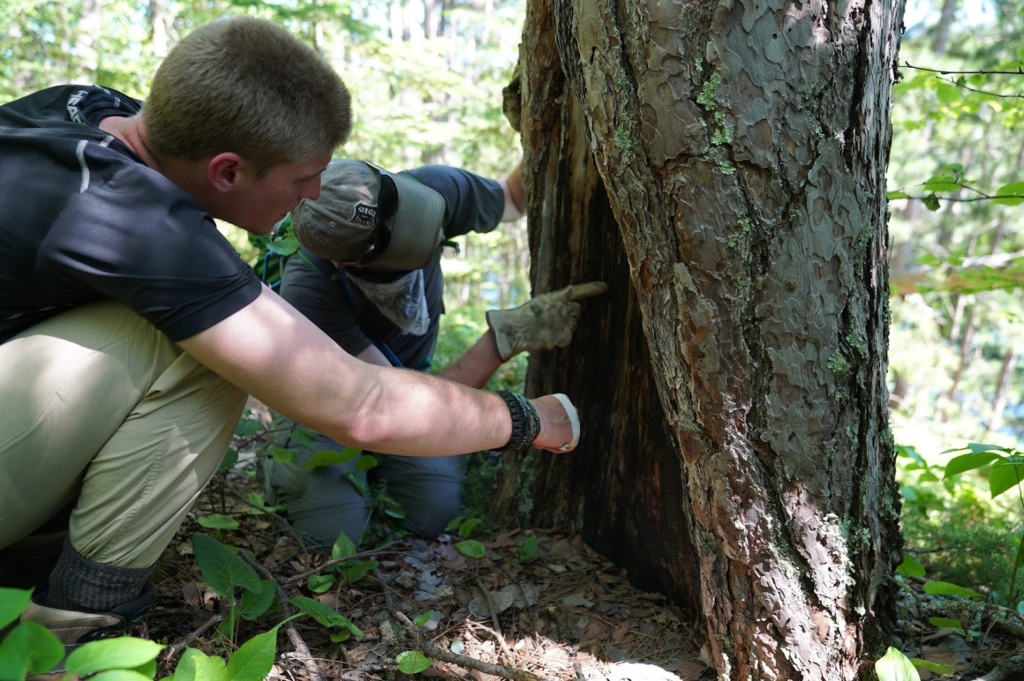 Framed by the premise that cultural and natural histories are inseparable, we travelled from Beaverhouse Lake to Lac La Croix searching for, and sampling, preserved stumps and downed trees that had either fire scars or signs of historical peel scars (i.e. trees which had strips of bark removed in the past). 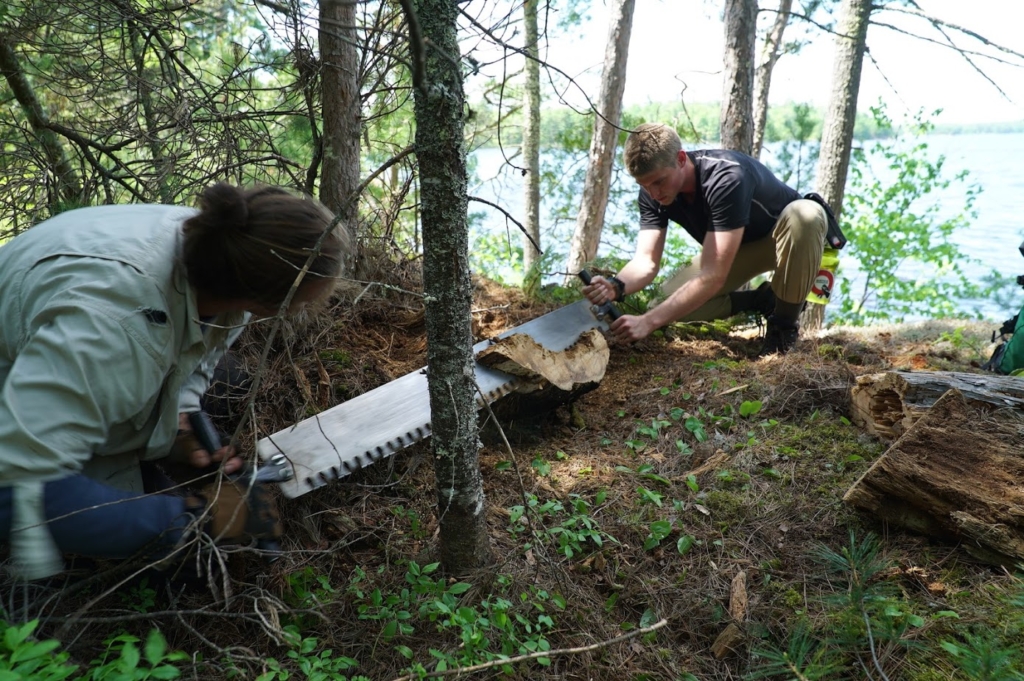 Developing a history of the surface fires that were recorded in preserved stumps, and investigating the occurrences of peels, with the assumption that this was done by indigenous peoples to facilitate to collection of pine pitch for use in birch bark canoes, aids in a more complete understanding of Quetico Park prior to the modern area of fire suppression.

On this trip, focus was given to comparing differences in frequency and abundance of these two scar types between lakes that were on the Kaministiqua fur trade route (Sturgeon Lake, the Maligne River, and Lac La Croix) and those that were not (Beaverhouse, Quetico, and Poobah Lakes).

Preliminary findings indicate there is an increase in the surface fire regime and historical tree use in areas considered more heavily populated and travelled prior to the formation of Quetico Provincial Park. 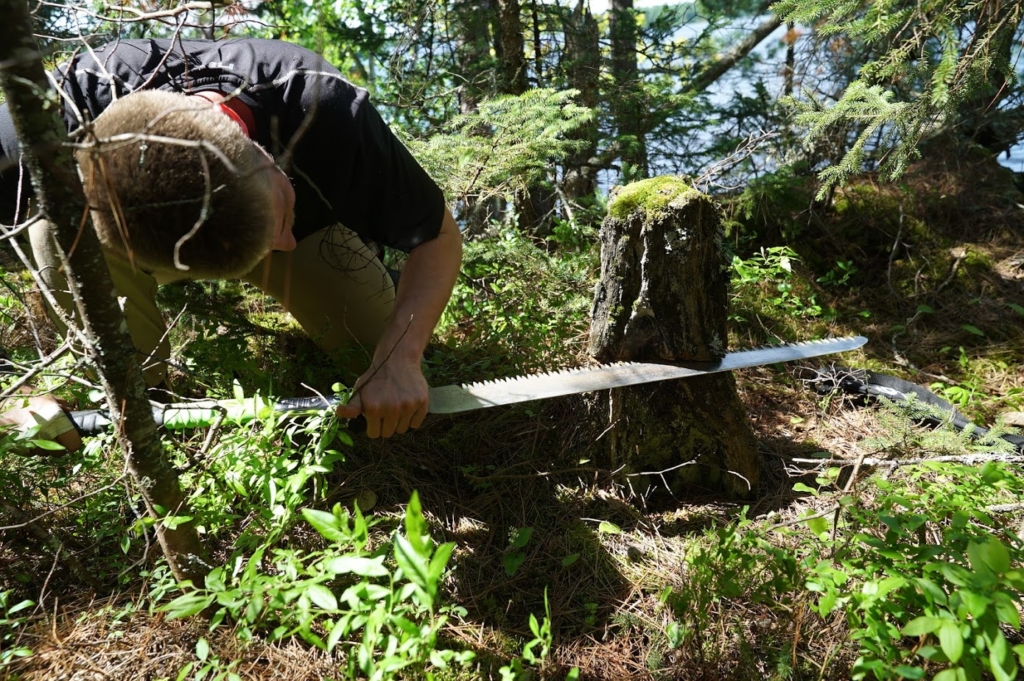 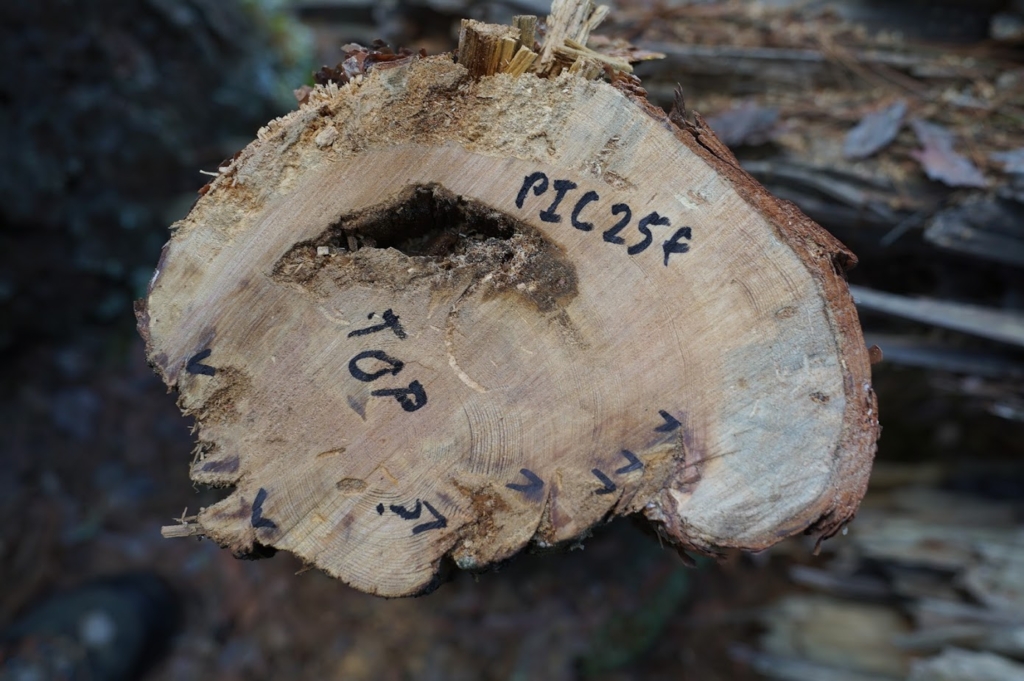 Learn more about the biology intern program and research that the Quetico Foundation has compiled and produced to further strengthen wilderness conservation in Quetico Provincial Park: https://queticofoundation.org/what-we-do/programs/